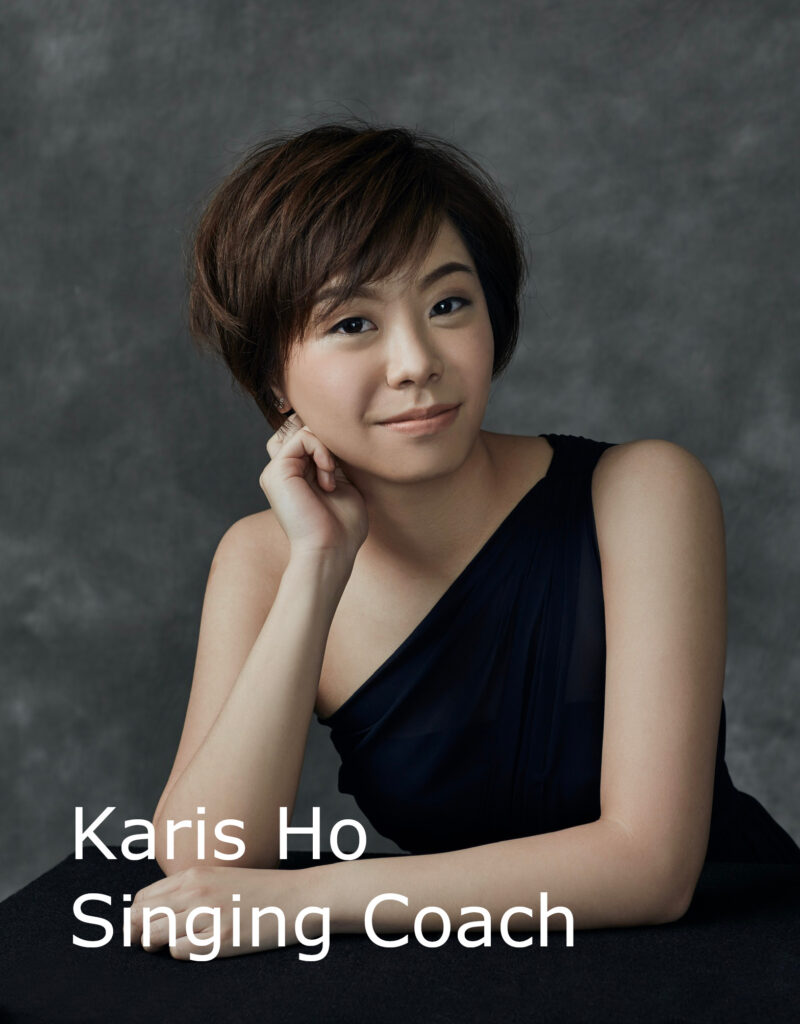 Karis Ho gained her Bachelor degree in Music at The University of Hong Kong and  her Postgraduate degree in Performance (Vocal) at The University of Birmingham (pass with distinction). She began piano study with Ms Tsui Lap Lee and obtained her performance diploma from The Associated Board of Royal Schools of Music (DipABRSM) in piano. Later on, she started her vocal training with renowned Mezzo-Soprano Dr. Melody Sze and Soprano Anne Dawson.

Karis has also performed a number of major vocal works as a soloist, such as Haydn’s The Creation, Mahler’s Symphony No.2. Operatic roles include Alcina in Francesca Caccini's La liberazione di Ruggiero and Otho in Handel’s Agrippina. During her study in the U.K., she joined the BBC Youth Chorus in the performance of BBC Proms. Karis is also interested in a cappella performance. She has performed with Yat Po Singers in the a cappella choral theatre, “Requiem HK”(Premiere and Re-Run) and “Rock Hard”(Re-Run). In 2019, Karis was invited to join the Beijing Music Festival in the performance of the 2017 Pulitzer Prize-winning new opera, “Angel’s Bone”.

Karis is enthusiastic in education. As a former music teacher in kindergarten school and vocal coach of various children’s choirs and church choirs, she is well-experienced.